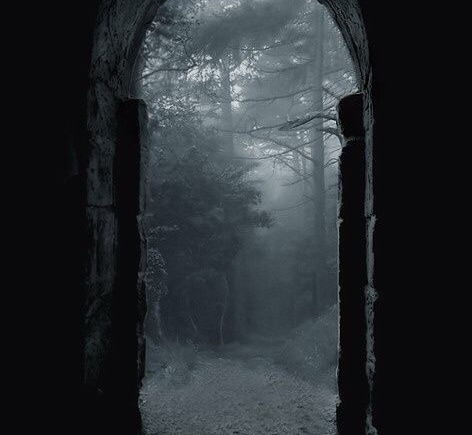 Of Shadow and Light

The Grave Keeper: All Hallows

Spectra is a Balance; a descedent of angels whose soul has been intertwined with that of sorcerer Alexander, although her heart belongs to Mercury, the son of an archangel.
Bay is a predator de Sang and sorcerer, who runs his own private security company, fighting the purist organization Essence. Seeking out Spectra for her special abilities the last thing he expected to find was a Balance strong enough to withstand his potent energy. With her heart and soul already claimed, could there be room for another in her life? When Bay’s infatuations bring Spectra to the attention of Essence and put her life at risk, he must learn that sometimes sacrificing the ones you love is the only way to save them.

Some say the terrors of the past can haunt you, that they will mold you into the person you will become. If that’s the case, Seraphina Gaelach is going to be very dark and twisted. After all, you would expect nothing less from someone tied to the Angel of Death.

Seraphina has been to hell and back, struggling to fit into society and being shunned for the immortality her power could bring. She craves to be loved, but danger is lurking at every turn, and despite her good intentions trouble seems to follow her. Will she ever be able to find love in a world where unknown species are ever present and dark pasts haunt her? And is she can, will that love be enough to save her from both inner and outer demons?

A witch-born mute, Sassabel Wythe is unwanted and cursed. Just when Sassabel thought she’d finally found happiness, it was taken from her in the worst way. Moving back to her birth town of Raven’s Wing, Sassabel hopes to gain her independence and find her way free of the witch who cursed her. Ryan Adair was cursed the same night as his parent’s murder. Now, the alpha of the Mac Tire, he’s done his best to distance himself from the woman who cursed him into her pack and her harem. From the moment he see’s the new girl on the beach, he is drawn to her like no woman before. He could be dangerous to her, but finding out why she was cursed could destroy them.Sidell has lived centuries. The moment he meets Sassabel he starts rewinding his age so he can get close to her. The girl is full of secrets, and as he slowly unravels them, he realises there is only one person who can save her, but no one knows who it is. The evil of his past might be the salvation of her future, but her love will be his destruction.Three cursed souls. Will they bridge the obstacles between them, or will their love start a war that ends them all?

Anique has spent the last seven years rebuilding her life after leaving her birth pack. Of all the concerns she had about attending her sister’s wedding, meeting her true mate was not one of them. This is the last thing she wanted, and she’s determined not to let it happen, but the Goddess has other ideas. Knox is the alpha of the ValleyMorgans. His life is orderly and controlled. Then he receives the Moon’s blessing. Knox thought being mated to a headstrong, pampered, alphas-progeny was going to be hell, but its nothing to finding out the Goddess has chosen a fiercely independent rogue to be his mate. Just when he starts to like her, Anique’s secrets are exposed; ruined by her own pack, rogue, and living a human existence, could this girl be any more wrong for him?The Goddess mated them, but that doesn’t mean love at first sight, and it sure as hell doesn’t mean smooth sailing and a happy-ever-after.

Vera Cana has given her life to escape her abusive ex. She’s earned her freedom and has the scars to prove it. Now, she’s starting a new life. Purchasing a cottage in a lush forest, she’s ready to live out her days in peace. The goddess has other plans. If Vera thought by hiding out in her little cottage she could avoid any more packs and their alphas, she was wrong. When her new neighbor knocks on her door, the draw to him is magnetic, but the scars of her past are a barrier higher than the boundary fence between their properties. Dale’s presence causes a heady mix of calm and excitement, which only adds to the potency of his patient, but determined personality. Vera is about to learn a lot about the way packs work, and she’s going to discover how strong she can be. Nothing takes more inner strength than learning how to trust someone with your heart. A stand-alone paranormal romance.

Their love could start a war.

Shadow is a research marine biologist who has spent the last ten years ice cave diving in the Antarctic. When she sends her father a message before coming home, it is intercepted by Bolt, a young Mer trying to remedy his parent’s mistakes. Their meeting should have been kismet, but their love could start a war and kill them both.
They say distance makes the heart grow fonder, but keeping her distance from the Mer forbidden by her family could be a death sentence in itself.

Of Shadow and Light

Messina Doe was just looking for a warm place to spend the night. What she discovers is a place the human race had long ago buried and forgotten. The dark Fey haven’t forgotten humans. The throne room of the Unseelie court is the hottest underground nightclub around, but if you step through the wrong door, there is no going back. No one ever escapes. Never. Once, someone did.

The price of peace is her life

Katiana, princess of the Pâlir has committed treason. She fell in love with, and married the King the Halos. The violent and bloodthirsty enemy of the Pâlir.
For centuries the Halos have hunted and killed the Pâlir, but with a new king, talks of a truce and integrating with humans has created enemies unseen.
Now, Katiana just might be the key to peace. That’s if she can survive long enough to bear her husband a son and right the wrongs of their ancestors.

A different take on vampires that will leave you guessing what will happen next.

The Grave Keeper: All Hallows

In her time, Danse has watched empires rise and fall and the world remake itself several times over. Yet, when she encounters two celestials on All Hallows Eve, Danse knows her world is about to change.

Enter the lusty world of fallen angels, ancient hedonistic gods, and ghosts if you dare.

Gather round, pretties, for a host of thrilling stories featuring vampires, shifters, demons, and everything in between–all looking for love, lust and a happily ever after.

Dive in, but keep your senses sharp. Things are bound to get wild and steamy on All Hallow’s Eve.

Dare you venture into this delicious dark?

Help us celebrate the magic and mystery of the spooky season with a steamy paranormal romance charity anthology.

All proceeds will be donated in support of the National Indigenous Women’s Resource Center.

There’s desire, and then there’s love. Sometimes telling the two apart can be very difficult.

Holly thinks she has it all, a successful career and steamy relationship and her dream job about to become a reality. Without warning, it all falls apart. Then a chance meeting changes Holly’s life completely. Sometimes a little goodwill really does go a long way. Join Holly as she travels the road of heartbreak and betrayal, to find a life and happiness she never imagined. The Holly Claire Trilogy in one compilation that will leave you fanning yourself and swooning.

Ten years ago Jess was the happiest she’d ever been. On the cusp of marrying her high school sweetheart Jess’s life was heading exactly where she wanted it to. Then in less than twenty-four hours Jess’s happiness was shattered by her twin Sharnie. With everything lost, running away was Jess’s only way to cope. After a decade living abroad it’s Sharnie’s turn to get married and their mother is pushing hard for her daughters to make amends. Jess wants to let the past go and when she meets Ethan, the best man, she starts to think coming home may just be possible. But there are some hurts you can never forgive and Sharnie has one last wound to inflict.

Mora has never had an easy life. Physically and mentally abused by her mother, she’s never known what being wanted or loved felt like. Her only relief? Sex, bleeding, and playing the cello. And now, her new boss, Darius, has shown an interest in her character. Will Darius become another danger in Mora’s life, or is he the absolution she’s been internally wishing for?

The more put together someone looks, the more they have to hide.

Rain has spent years trying to recover from the trauma of her youth. She’s pulled her life together, got herself a career, and has even managed to try a relationship. Stuffing down her fight or flight response into a socially acceptable behavior has been hard work, but she’s done it. Still, she feels too broken to ever find true happiness. Until she meets Jet.

The gorgeous brother of Rain’s gay best friend, Jet is polar opposites to his brother. When Jet decides to pursue Rain, she’s swept off her feet, but it is not a relationship about which either of their families are happy.
It turns out Jet and Rain both have traumas they need to get past.

Can two broken souls make a future together?

Falling in love was never part of the plan.

Five years after she was tortured, imprisoned, and forgotten about, Lyza is free to feel the sun on her face once more.

Forced to play the deaf and mute trophy wife of Mitchell Fairchild as cover for her role as his bodyguard isn’t such a bad gig, but Lyza knows her past will catch up with her eventually.

What Lyza never expected, was for her past to be the reason Fairchild needed a bodyguard in the first place. Now, his enemy has two reasons to want him dead.

A League of Assassins meets Romeo and Juliet.